One of the primary aims of brain-computer interfaces (BCIs) is to restore behavioral functions for patients who are unable to move or communicate through normal neural pathways caused by stroke or chronic disease. BCIs acquire signals from the brain, analyze them and translate them into commands that are transmitted to an external device to carry out a desired action.

Dr. Amir Alimohammad is developing a brain-implantable mixed-signal processor to accurately and reliably decode the brain’s neural spikes for
controlling prosthetic devices with a wide range of movements. The brain’s neural activities are first
recorded by an electrode array. The implantable processor will then decode the inherent information in the detected neural spikes and transmits the motor intent wirelessly to a mobile phone, which sends arm trajectories to the prosthetic. The sensory information collected by the prosthetic will be sent to the brain to provide patients with a feeling of natural control. This research will result in a transformative BCI system that will contribute to the rehabilitation and improving the quality of life of patients suffering from neurodegenerative diseases or paralysis.

Dr. Alimohammad’s work is funded by the National Science Foundation (#2007131). 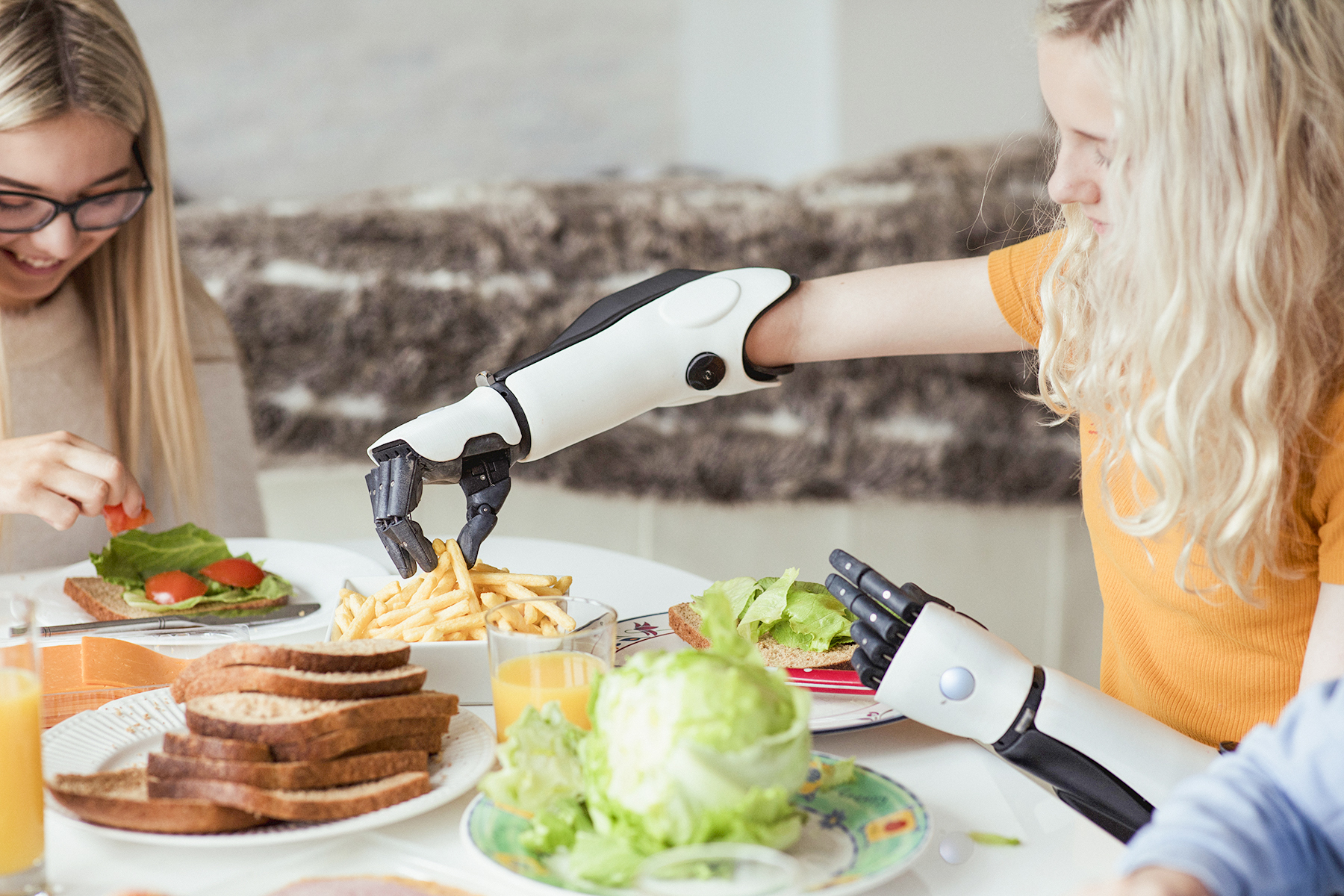 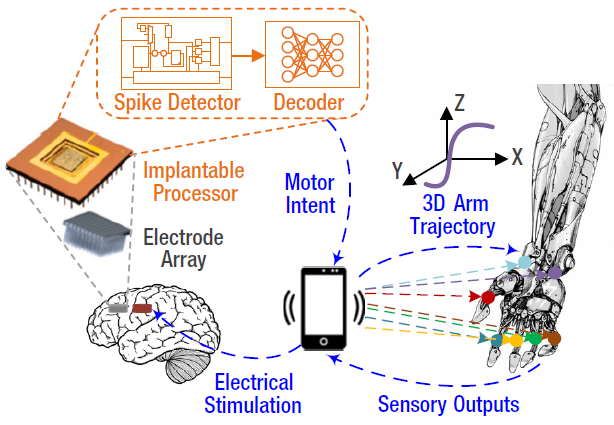 Utilization of the brain-implantableprocessor in the BCI systems. Illustration by Amir Alimohammad. 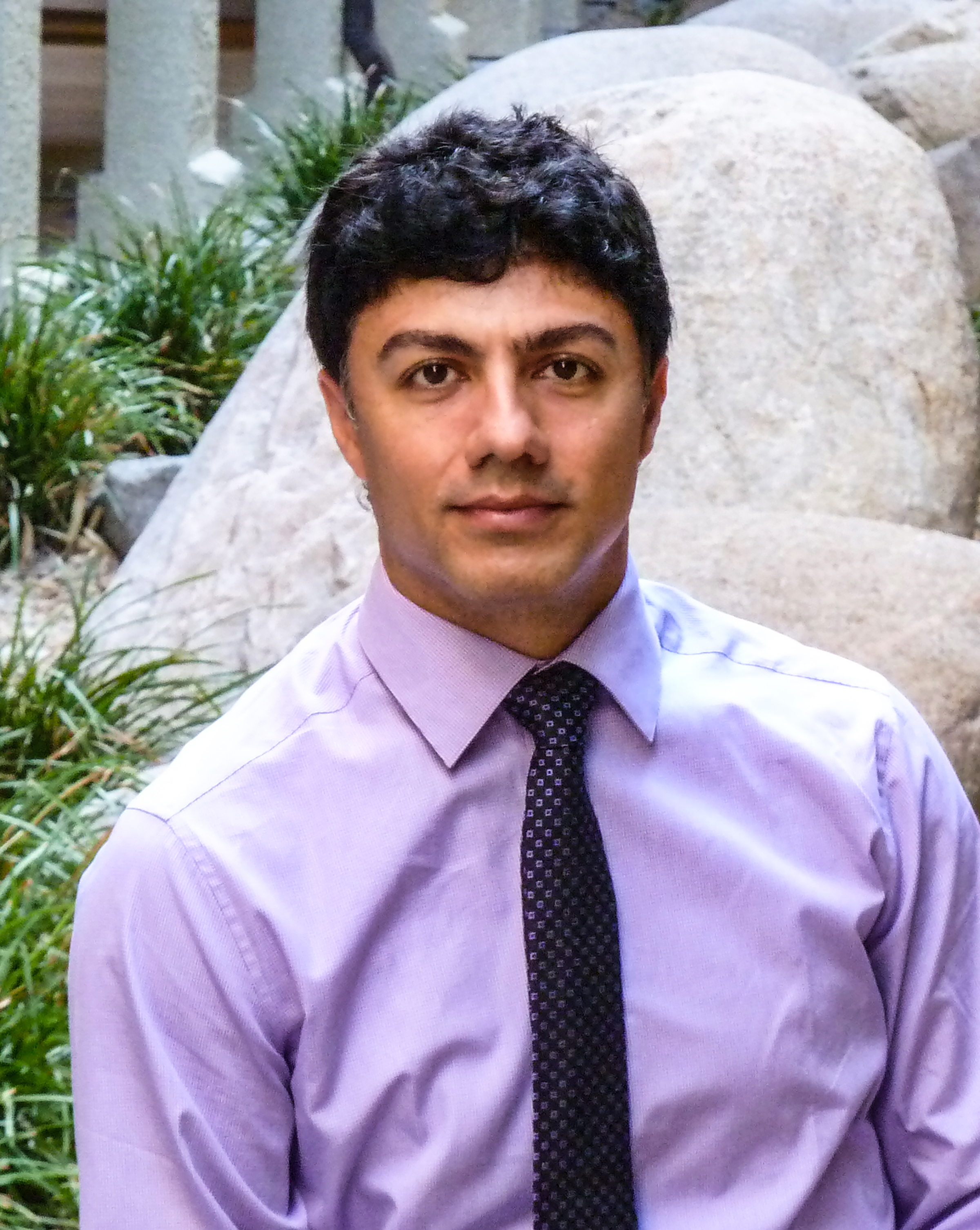